Carlos Hernández Sáez to continue research in Spain, thanks to funding against brain drain by Roche Farma Spain

Carlos Hernández Sáez to continue research in Spain, thanks to funding against brain drain by Roche Farma Spain

Today, Navarrabiomed granted a new ‘Stop Fuga de Cerebros’ fellowship – the programme funded by Roche Farma Spain to stop brain drain and retain young talent in the country, instead of pushing young researchers out in search of resources to carry out their projects.

The event was attended by Luis Gabilondo, Director-General of the Navarra Health Department; Iñigo Lasa, Director of Navarrabiomed; and Mónica Palomanes, Regional Access & Business Manager at Roche Farma. The beneficiary was Carlos Hernández, postdoctoral researcher at the Immunomodulation Unit of the biomedical research centre Navarrabiomed.

‘Stop Fuga de Cerebros’ is an initiative whereby Roche Farma Spain promotes innovation in the local health sector. According to Hernández, this fellowship has enabled him to continue research and boost his career. Without it, he would have had to find a different job or find a research opportunity abroad.
‘Roche’s initiative will enable many researchers like me to stay in Spain, and this will contribute to build a research network to the benefit of Spanish society,’ the postdoc researcher added.

The Immunomodulation Unit, which Carlos Hernández is a member of, works jointly with the Medical Oncology Service at the Navarra Hospital Complex (CHN), which does ground-breaking research into the development of immunotherapies for cancer treatment.

For the time being, his research focuses on lung cancer, but his findings can be applied to other types of tumours.

The ‘Stop Fuga de Cerebros’ fellowship is a tool Roche makes available to regional health ministries for the funding of pre- and postdoc research projects in Spain.
Giving 60,000 Euro over 18 months, it is managed by participating health departments at the regional level, via a cooperation agreement between Roche Farma and the designated agency in each department. So far, Roche Farma has signed cooperation agreements with the health departments in Andalusia, Aragon, the Balearic Islands, the Basque Country, the Canary Islands, Castile-La Mancha, Castile-Leon, Catalonia, the Community of Valencia, Madrid, Murcia and Navarra.

The ‘Stop Fuga de Cerebros’ initiative is aimed at strengthening the research network in Spain. Today, many highly-qualified young researchers find it hard to pursue a scientific career in the country. The initiative is an effective tool designed in response to this situation. 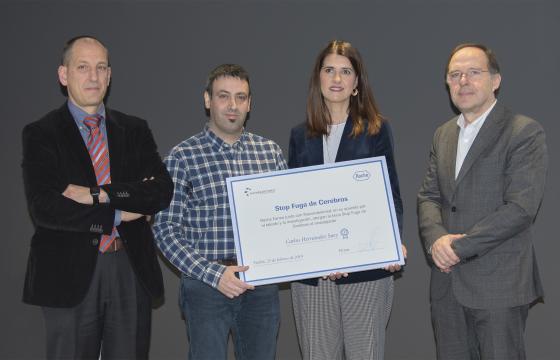 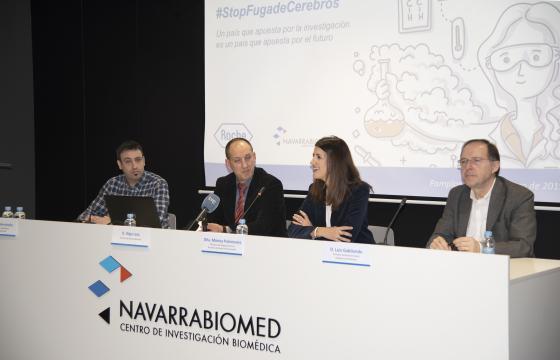