The Navarra Hospital Complex (CHN), through the biomedical research centre Navarrabiomed, will participate for three years in ICTUSnet, a network for the development and implementation of novel models for stroke care. Ten R&D centres from six regions of France, Portugal and Spain will develop the project. They will have 35 associate partners in both the public and the private sectors in Southwest Europe, most of them hospitals and healthcare centres.

The presentation of the project was made by Tomás Belzunegui, Deputy Director of the Hospitalisation and Emergency Process Unit, alongside Marisol Fragoso, Management Director of Navarrabiomed, and CHN neurologists Roberto Muñoz and Beatriz Zandio.

ICTUSnet got the highest score in the second call for R&D projects of the INTERREG SUDOE 2014-2020 programme. 357 projects were submitted, out of which 222 focused on R&D (axis 1) and 135 centred on the protection of the environment and efficient use of resources (axis 5).

The project Navarra will be part of is based on the handling and sharing of data on stroke care from the participating regions, which cover a population of 20 million. The partners in ICTUSnet will exchange information and experiences with the aim to improve stroke care strategies and treatment protocols, and to support stroke research. The project is worth 1.7 million Euro, 1.3 million coming from the ERDF.

A network coordinated from Catalonia

ICTUSnet is coordinated by the Agency for Health Quality and Assessment of Catalonia (AQuAS) and receives support from important organisations specialising in big data and cloud computing, such as the Barcelona Supercomputing Center-Centro Nacional de Supercomputación.

ICTUSnet has the mission ‘to create a network of collaboration and, at the same time, do research into the protocols and procedures used in stroke recovery, based on the data provided by the partners in the consortium. Good practices will be identified and modified, so that they can be used in all participating regions across Southwest Europe.

ICTUSnet will create a platform built on cloud computing technology. It will become the central node in a distributed system for data extraction and analysis of huge amounts of information through cognitive algorithms. ICTUSnet will collect structural and non-structural data from stroke records in the different regions that are part of the network.

The initiative will create a transnational excellence network for stroke care research and innovation, thus deepening the knowledge of the disease and of the quality and efficacy of patient care, identifying and leveraging synergies between medicine, ICTs and computer science, developing a virtual platform that is accessible to all stakeholders and open to other regions as well, sharing good practices and improving the existing plans for comprehensive care.

ICTUSnet is part of the Navarra Health Plan 2014-2020 strategy, dealing with acute emergencies and the impact of response times, which includes protocols and activities for continuous improvement and research into stroke, heart attack, cardiac arrest, severe polytrauma and sepsis.

The CHN Stroke Unit There receives about 900 patients every year, 86 per cent of them having suffered ischaemic strokes. 20 per cent of the latter get intravenous drug (fibrinolytic) therapy, while 4 per cent are treated with catheter-based thrombectomy.

The Navarra Health System-Osasunbidea (SNS-O) delivers comprehensive stroke care through a number of protocols, from ‘stroke code’ implementation to treatment in the Stroke Unit or intensive post-stroke rehabilitation, including physiotherapy, occupational therapy, speech/language therapy, and cognitive, emotional and social assessment. The ‘stroke code’ has recently incorporated the CAT scan code, which reduces intervention times by implementing treatment directly in the scanning room, and a telestroke system that connects the emergency doctors at the Reina Sofía Hospital in Tudela to the stroke experts at the CHN Neurology Unit, using video cameras or other remote devices, so that they can work together.

Stroke is the number two cause of death in the general population and the leading cause of permanent disability. In approximately 40 per cent of cases, patients may have difficulty in dealing with everyday activities resulting as a result of inability to control movement; paralysis on one side of the body; problems with body posture, walking and balance; language, memory or thinking impairment; and sensory disturbances. Reducing risk factors help prevent 80 per cent of strokes.

The best way to reduce stroke risk is to eat a healthy diet, reducing the amount of salt and avoiding high-cholesterol foods; to exercise moderately and regularly; to control weight; to control blood pressure, cholesterol levels and blood sugar levels; to quit smoking; to drink alcohol in moderation; and to go to the doctor’s in case of heart palpitations.

Common stroke symptoms and signs, which can appear suddenly, are total or partial paralysis affecting any part of the body, numbness, vision problems, difficulty speaking or understanding someone else’s speech, and abrupt onset of severe headache. With these symptoms, even when they are transitory, the patient must be taken to hospital as quickly as possible. 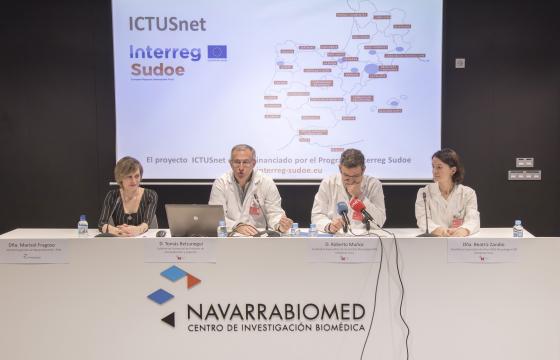 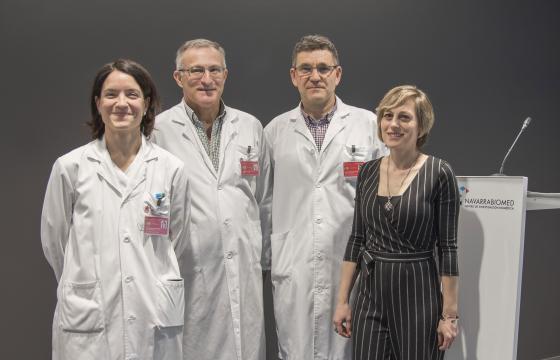