The President of the Government of Navarra, María Chivite, chaired today a meeting at the biomedical research centre Navarrabiomed, getting acquainted with its lines of activity and its headquarters in the Navarra Hospital Complex (CHN), in Pamplona/Iruña.

According to Navarrabiomed Director Iñigo Lasa, the number of implemented projects grew by 33 per cent in 2016. Currently, Navarrabiomed takes part in 92 Spanish and 9 international research project and networks. All this activity has led to a 35 per cent increase in scientific output between 2016 and 2019.

Navarrabiomed is a joint centre of the Government of Navarra and the Public University of Navarra (UPNA) for the promotion of publicly-funded quality research. Navarrabiomed is part of ADItech Technology Corporation and the Navarra Medical Research Institute (IdiSNA), which gets 4 million Euro a year from the Government of Navarra. Its purpose is to develop public-private initiatives aimed at strengthening the biomedical industry in Navarra.

In 2019, Miguel Servet Foundation got 3 million Euro for technology centres from the Government of Navarra.

At present, as many as 121 researchers work at Navarrabiomed, grouped into 20 Units and four Platforms operating in ten different fields: Oncology, Neuroscience, Cardiology, Protein Structure, Active & Healthy Lifestyle, Epidemiology, Digestive System, Genomic Medicine, Big Data and Bioengineering, and Infectious Diseases. At the meeting, attendees learnt about the most relevant projects in each field.

According to Dr Lasa, Navarrabiomed is managed from Miguel Servet Foundation, which also sponsors research projects by 27 groups comprising 283 health professionals from other public centres, such as CHN, the network of primary health care centres, and the Navarra Public and Occupational Health Institute (ISPLN).

During her visit, Ms Chivite met the Navarrabiomed team and took a tour of the labs and platforms. She was particularly interested in the Laboratory Animal Facilities and the Experimental Operating Theatre, the Physical Examination Lab to prevent frailty in elderly people, and the Tissue Biobank. 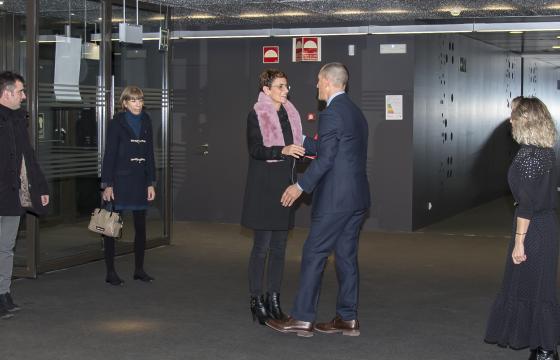 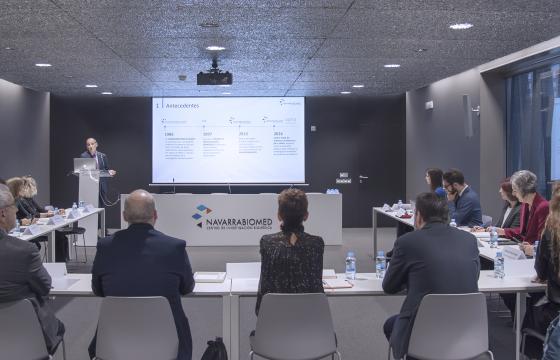 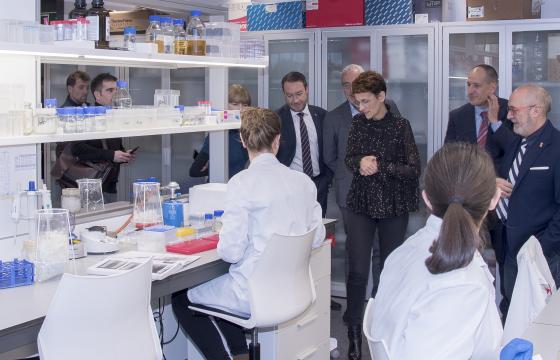 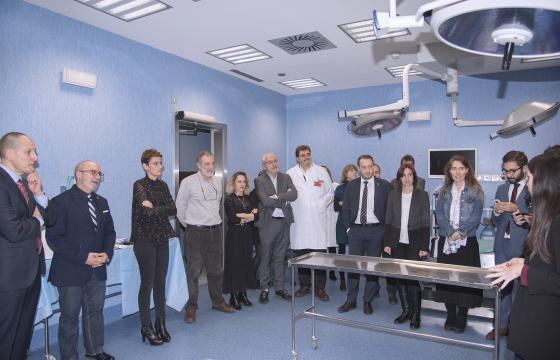 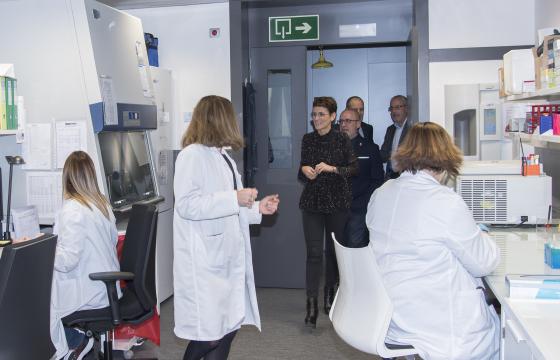 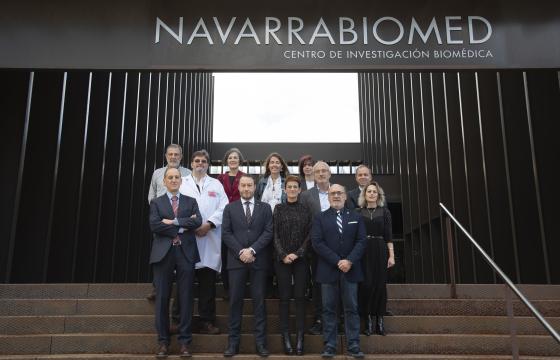