CHN, UPNA and Navarrabiomed participate in the creation of European network for preventing old-age dependency and promoting active ageing 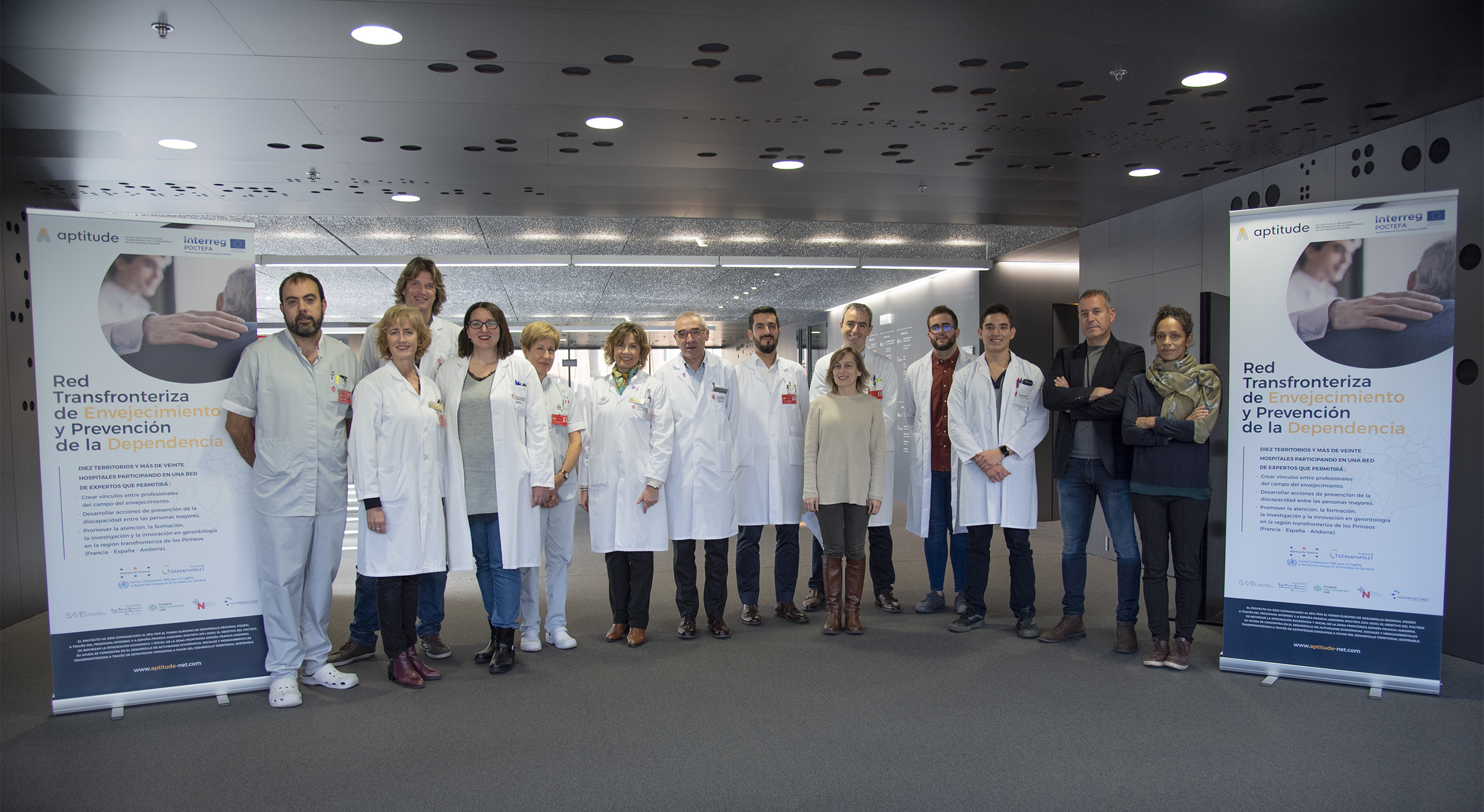 CHN, UPNA and Navarrabiomed participate in the creation of European network for preventing old-age dependency and promoting active ageing

Professionals at the Navarra Hospital Complex (CHN) from the Public University of Navarra (UPNA) and Navarrabiomed are participating in the establishment of a European network for preventing old-age dependency and promoting active ageing. Hospitals and research centres from France, Spain (Navarra and Catalonia) and Andorra are part of this project, named APTITUDE (Acting for Trans-Pyrenees Prevention of Dependency in Seniors). As announced today, the network in Navarra is being coordinated by Navarrabiomed-Miguel Servet Foundation.

The three-year cross-border project will develop local networks in France, Navarra, Catalonia and Andorra. The project has been assigned a 2-million-Euro budget, with 1 million going to Spain (and 400,000 to Navarra). 65 per cent of the funds are being contributed by the European Regional Development Fund (ERDF) through the Interreg V-A Spain programme.

Through training programmes, awareness-raising activities and scientific evidence, the project is aimed at improving the quality of life of elderly people, encouraging the adoption of healthy habits and reducing the loss of functional autonomy, as explained by Antonio Merino Díaz de Cerio, CHN Managing Director, and Nicolás Martínez Velilla, Head of the Geriatrics Department, researcher at the Geriatrics Unit in Navarrabiomed and leader of APTITUDE in Navarra. In the words of Martínez Velilla, ‘the primary goal of the network is to prevent old-age dependency by trying to mitigate frailty in the elderly population.’

Antonio Merino stressed the importance of this type of European projects where protocols, good practices and procedures are shared for the benefit of all the participating institutions and society at large.

Álvaro Casas Herrero, geriatrician at CHN and President of the Spanish Geriatrics Society, and Maite Soria Sarnago, Nursing Director at CHN, announced the actions to be undertaken in our community in the forthcoming months.

On Tuesday, 20 November, the project will be presented at a talk in the function room of the School of Medical Sciences, titled ‘Active and healthy seniors: Keys for adopting healthy habits’. The talk will start at 4pm and finish at 6.30pm. Admission is free, but there will be a limited number of seats available. It will also be streamed on the Navarrabiomed YouTube channel.

At the event, the leaders of the project will talk about healthy habits and good practices for improving the quality of life of old people. The President of Club Atlético Osasuna, Luis Sabalza Iriarte, will talk about ‘Working beyond retirement age’. He will share experiences from his career in the Club.

In addition, three strategic actions will take place in the upcoming months in Navarra. Firstly, a cross-border record will be established of people aged 65 and over who are interested in getting information or taking part in gerontechnology and clinical research programmes.

Simultaneously, Clinical and Innovation Research Travelling Teams will be established where professionals specialising in various medical fields will transfer clinical and research practice to urban and rural areas, thus ensuring broader penetration and larger participation for the population. The teams will be made of doctors, nurses, physiotherapists and occupational therapists.

Also, a database will be created with data provided voluntarily by frail old people and old adults with memory disorders, which will be used to design research projects involving all the centres participating in the project.

Lastly, the members of the project will participate in the validation of a new concept, ‘intrinsic capacity’, as defined by the World Health Organisation (WHO), which might be used in the clinical assessment of old people.

The actions framed within the project are in line with the conclusions drawn in a study published recently in JAMA Internal Medicine, the peer-reviewed medical journal of the American Medical Association.

Professor Mikel Izquierdo Redín, Director of the Department of Medical Sciences at UPNA and senior researcher from the Physical Exercise and Frailty Research Unit at Navarrabiomed, presented a study that shows that a tailored physical activity plan for in-patients aged 75 or older reduces functional decline. The clinical trial consisted in a three-year follow-up of 370 patients in the Geriatrics Service of CHN.

Simultaneously, the team is participating in the DIABFRAIL LATAM European project, funded by the European Commission in the context of the Horizon 2020 European research project. DIABFRAIL LATAM focuses on pre-frail and frail old people with diabetes in Latin America. At present, 40 per cent of people aged 65 and older are affected by diabetes.

The project’s goal is to implement a treatment model in Colombia, Chile, Mexico, Peru and Argentina, consisting of physical exercise, education and a nutrition plan, plus blood sugar level and blood pressure goals adjusted to old adults with diabetes, who are particularly vulnerable as a result of their frailty. More than 1000 pre-frail and frail old people with type 2 diabetes are taking part in the clinical trial. 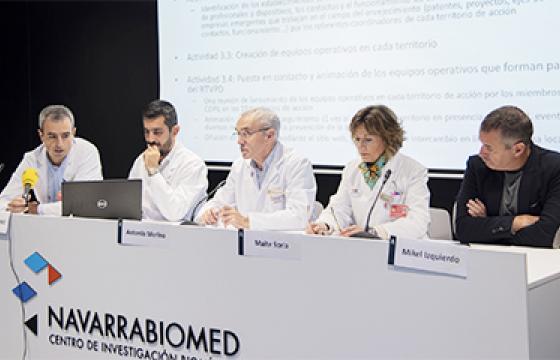 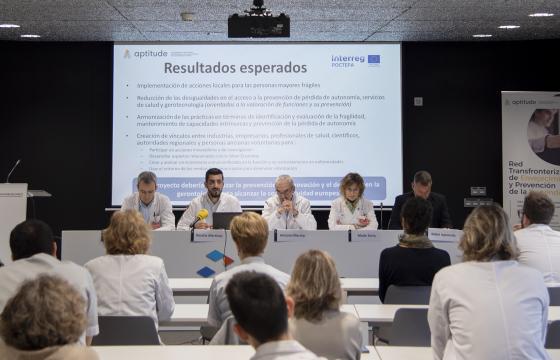