The specialists in the programme will be relieved from part of their medical activity so that they can do research. They need time to develop their scientific projects and produce new knowledge in their medical specialties. The initiative enables the establishment of a critical mass of professionals that combine medical activity with research jobs, thus promoting translational medicine to the benefit of patients and society as a whole.

The four doctors selected to join the programme will soon start working at the labs of Navarrabiomed – the joint biomedical research centre of the Government of Navarra and the Public University of Navarra (UPNA). They will establish separate research units for the development of their projects, based on clinical practice at the Navarra Hospital Complex (CHN), with support from other Navarrabiomed units and platforms.

In addition to streamlining research activities in the respective units, they will encourage the participation of resident medical interns (MIRs) by getting them involved in biomedical research projects, trials and programmes.

Eduardo Albéniz Arbizu has worked in a number of hospitals across Spain. He received training in advanced endoscopy in France, Japan and China. Currently, he is working at the Gastrointestinal Endoscopy Unit of the CHN Digestive Medicine Service.

Dr Albéniz specialises in endoscopic mucosal resection (EMR) and endoscopic submucosal dissection (ESD) for the removal of early-stage gastrointestinal tumours. These advanced procedures reduce the number of surgical and other more invasive interventions in the treatment of superficial neoplastic lesions. Resection of colorectal polyps, for example, is the procedure with the highest survival rates observed in screening studies for colorectal cancer carried out in Navarra.
The goal of the project led by Dr Albéniz is to provide evidence for the identification of predicting factors for the effectiveness of resection procedures and other factors associated with potential complications that might be minimised.

Nicolás Martínez Velilla has been the Head of the Geriatrics Unit at CHN since 2015. In 2013, he was appointed head of a team partnered with Navarrabiomed for the promotion of research into different aspects of geriatric medicine.

Dr Martínez Velilla’s proposal includes a thorough study for the prevention of old-age frailty and disability or dependency in hospitals and in the community at large. Furthermore, it includes the creation of a European cross-border network to deal with various aspects of ageing. The project is aimed at rethinking hospitalisation of older adults, prescribing exercise to older patients in hospitals so as to improve their quality of life and increasing the sustainability of the health system.

Maite Mendióroz Iriarte has built her professional career as a doctor and researcher in Pamplona, Barcelona, San Sebastián and New York. Since 2010, she has been a member of the Neurology Department at CHN. Over the past few years, she has received grants from ‘la Caixa’ Foundation, Caja Navarra Foundation and the Government of Navarra to boost activity in the Neuroepigenetics Unit at Navarrabiomed.

Between 2018 and 2021, Mendióroz Iriarte will develop a project whose goal is to identify a potential blood-based epigenetic biomarker for early detection and treatment of Alzheimer’s disease. Her study might become the first step towards the implementation of precision medicine in neurodegenerative diseases.

Antonio Viudez Berral has developed his professional career in Navarra, Catalonia and Baltimore, USA. In 2010, he joined the Medical Oncology Service at CHN. Since then, he has been a researcher at Navarrabiomed as well.

In addition, the Medical Oncology Service will be able to strengthen its scientific activity, establishing new lines of research for the improvement of diagnosis, prognosis and prediction of treatment response and toxicity. 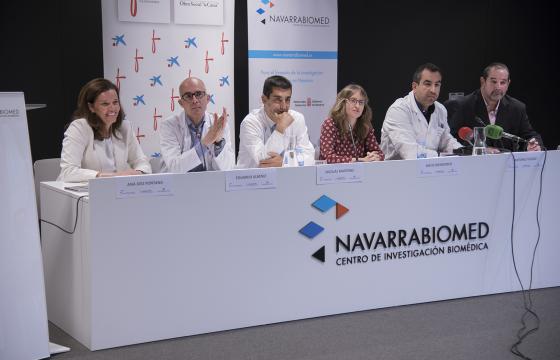 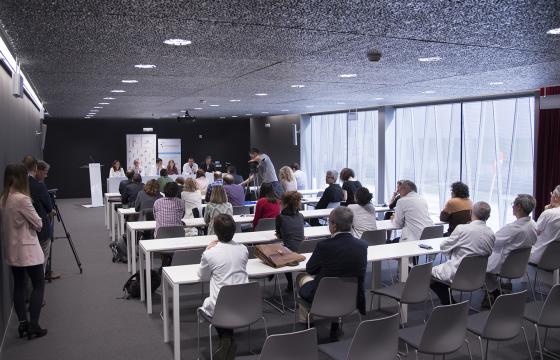 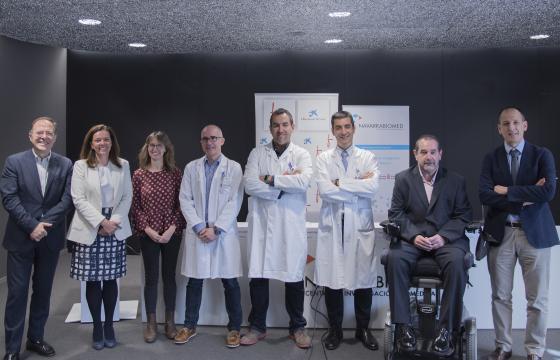