María Chivite, the President of the Government of Navarre, inaugurated the region’s first mass sequencing center this afternoon at an event that also featured a speech by Rafael Rodrigo, the Spanish Secretary-General for Scientific Policy Coordination.

The center, which is located on the premises of the public company NASERTIC and was promoted by the Interdepartmental Commission for Personalized Medicine, will be the second public center with these capacities in the whole of Spain.

The President stressed that personalized medicine “is one of the driving forces behind the Government of Navarre’s various economic and social regeneration projects,” as set out in the Reactivating Navarre Plan and for which financial support is being sought from European funds and initiatives arising from public-private partnerships.

Chivite defended this “cutting-edge medicine under public leadership,” since institutions must undertake to “provide the greatest good to the most people.” She also stressed the commitment of the teams involved in making this project a reality and praised the strength and excellence of Navarre’s health system, which “has been under pressure during the pandemic, but we know is in the hands of exceptional professionals.” The President said that Navarre is a region with excellent healthcare and “thanks to projects like this, it will continue to be at the forefront of medicine in the future.”

In his speech, Rafael Rodrigo pointed out that “during this phase of rebuilding society, the economy and healthcare, it is more important than ever to promote a new way of providing medical care that is linked to scientific knowledge and the ability to exploit all available information in order to increase the quality and efficiency of the healthcare system.” He went on to say, “This approach is designed to obtain safer, more efficient, preventive and predictive medicine,” and “centers like the one being unveiled today are key components along the path in the field of personalized medicine.”

The event, which was held both online and on site at the public company’s premises, was opened by three members of the Government of Navarre: Juan Cruz Cigudosa, Minister of Universities, Innovation and Digital Transformation; Santos Induráin, Minister of Health; and Manu Ayerdi, Minister of Economic and Business Development. In addition, Gonzalo Rodríguez, Director of Personalized Medicine and Laboratories at NASERTIC, took the participants on a live, virtual guided tour of the facilities.

Two roundtable sessions and three speeches were organized as part of the event. Iñaki Pinillos, Managing Director of NASERTIC, was in charge of moderating the roundtable session “How to Create an Ecosystem Around Personalized Medicine”, in which different speakers participated on behalf of different entities, such as the company Illumina, the National Center for Genomic Analysis (CNAG), the Fundación Progreso y Salud and NASERTIC itself.

The roundtable session “Personalized Medicine: Clinical Applications and European Outlook” was moderated by Toya Bernad, Director of Innovation and Business Culture at NASERTIC, and benefited from the participation of representatives from institutions such as Navarrabiomed-CHN, CIMA Lab Diagnostics and Barcelona Supercomputing Center.

There was a debate on how to integrate this practice into the field of healthcare and the role played by hospitals, research centers and universities. A discussion was also held on the impact that the commitment to personalized medicine could have on future crises like the one created by COVID-19.

Following Rafael Rodrigo’s inaugural speech, two further speeches were given. Ángel Carracedo, a professor of legal medicine at the Universidad de Santiago de Compostela (USC) and Director of the Galician Public Foundation for Genomic Medicine, talked about the transfer of personalized medicine, while Francisco Fonseca, Director of the Representation of the European Commission in Spain, reflected on the challenge of digitalization in Europe in the global context.

The genome of every human being is composed of 3 billion elements (bases) that make it unique. Changes to any of these bases (known as mutations) may be responsible for the diseases that a person suffers from or may suffer from in the future. Massive sequencing offers the possibility of analyzing a person’s entire genome in 24 hours and identifying mutations that cause hereditary or genetic diseases, such as cystic fibrosis and different kinds of cancer.

The Massive Sequencing Center uses the Illumina NovaSeq6000 sequencer, a state-of-the-art piece of equipment with the speed and capacity to perform genome sequencing projects quickly, economically and in a scalable manner.

The €2 million price tag on the Illumina NovaSeq6000 sequencer was financed by the Ministry of Economic and Business Development, and led to the launch of the Massive Sequencing Center, whose infrastructure is complemented by NASERTIC’s supercomputing cluster (HPC) and the addition of Dr. Gonzalo Rodríguez to NASERTIC’s staff as Director of Personalized Medicine and Laboratories.

The aim is for this center to help make Navarre a benchmark in the field of genomics and personalized medicine, and strengthen Navarre’s industrial sector, promote research in this field, and improve the health and well-being of society.

Along similar lines, the Ministry of Health highlighted the project’s huge commitment to innovation and its potential as a driver of economic and social development, but stressed that its ultimate raison d’être and purpose is to improve people’s lives. For the Ministry, the Mass Sequencing Center provides a substantial boost to its commitment to personalized medicine and will equip Navarre with a leading innovation center whose influence may even be felt abroad. From the perspective of equal access, ethics, effectiveness and sustainability, the Ministry also believes the center could generate benefits for patient diagnosis and care. 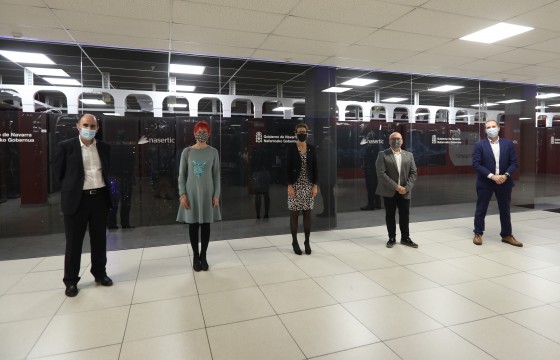 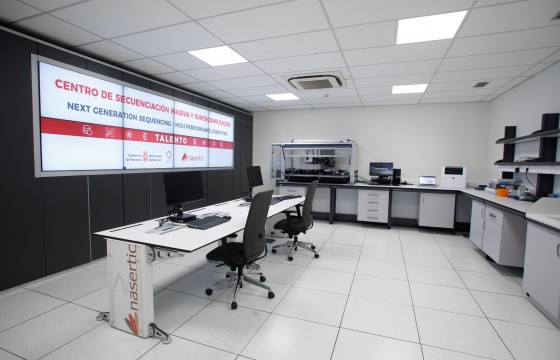 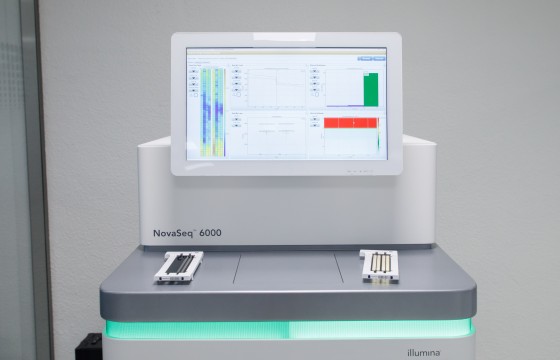 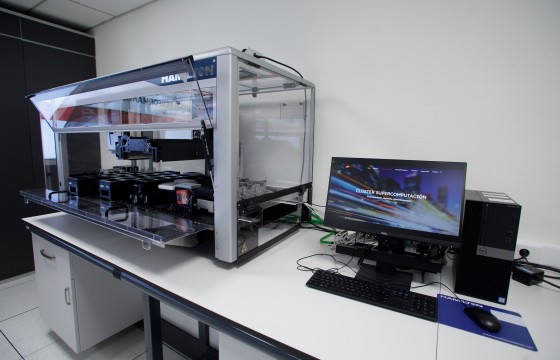 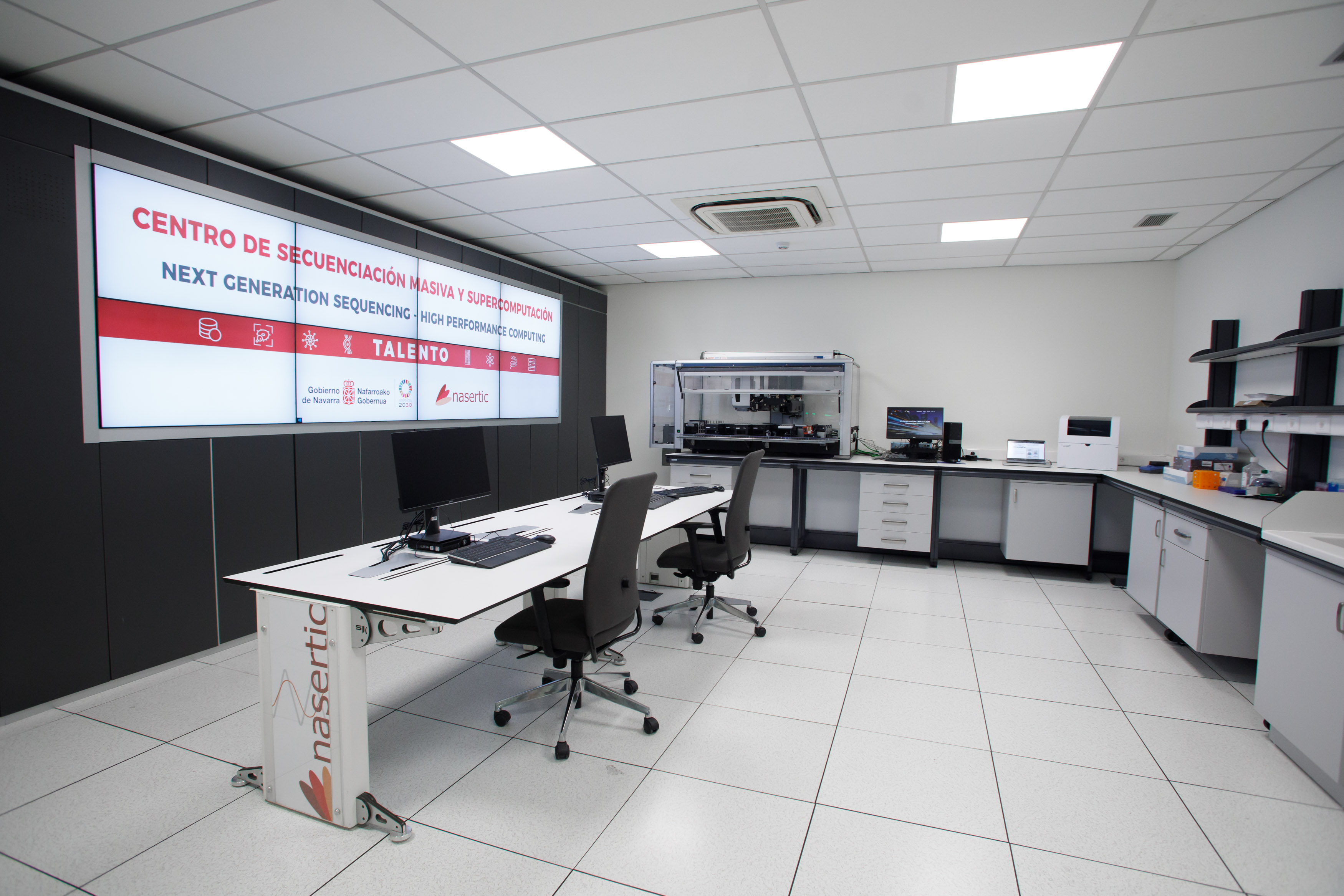