More than 130 people participated last Thursday, 25 November, in the workshop organised by the University Hospital Complex of Toulouse (CHUT), leader of the European project EGALURG. Throughout the conference, the partners of the emergency and disasters medicine network presented at the Purpan Hospital Congress centre their progress in the various project actions and participated in several round tables related to coordinated health care and cross-border cooperation.

The institutional opening was carried out by various French authorities. Representing the Toulouse University Hospital Complex (CHUT) the medical staff manager, Geneviève Huc participated, and Vincent Bounes, scientific director of EGALURG and manager of SAMU 31. They were followed Alain Abravanel (Regional Health Agency of Occitania), Fabienne Couty (diplomatic adviser, Haut-Garonne) and Jaume Estany (Manager of Medical Emergency System-SEM -, Barcelona).  The first of the presentations, "EGALURG solutions through cross-border cooperation" was given by technical managers of the SEM of Catalonia, the University Hospital of Navarra (HUN) and the biomedical research centre Navarrabiomed, who explained the joint protocols of traumatology and catastrophes developed within the framework of this project. In addition, they also presented "Traumanet", a common database used in cases of emergencies and that aims to become an essential tool for the development of proper cross-border health care.

During the meeting, there was also a round table in which the future perspectives of disaster medicine were discussed. Speakers and the public discussed the options available and the horizons to continue working for the promotion of joint cooperation and the establishment of synergies between neighbouring territories. As an example of good practice, several successful events detected in the various trans-Pyrenean regions were also presented:

•    HeliNET, project aimed at improving the organisation of a cross-border cooperation network for joint risk management and mutual aid missions in emergency, rescue and disaster situations, by enhancing the use of helicopters. Its ultimate goal is to plan, organise and test a coordinated and integrated response between the territories that are part of the Nueva Aquitaine-Euskadi-Navarra consortium. During the presentation, the importance of having common intervention guidelines was stressed on to enable an exchange of information and, therefore, a real cooperation between the partners. All this in order to improve the ability to anticipate potential disasters and reduce inequalities in the access to emergency care for remote populations.

•    Hospital Transfronterizo de Cerdeña, located in a strategic geographical point that requires cooperation between the entities of both cross-border countries. One of the great challenges is focused on shared medical records since, according to the hospital, 90% of the problems it faces derive from lack of communication.

•    Proyecto Cooperem, an initiative that allows the joint work between the firefighters of Catalonia and the firefighters of the Eastern Pyrenees in the cross-border framework. It aims to develop a joint policy of cooperation in the field of risk prevention and management, to improve the capacity to anticipate and respond to specific risks and disaster management. Work developed to coordinate emergency responses to potential fires that may affect both Pyrenees areas was presented in Toulouse. Among the actions carried out within the framework of the project, the figure of the “liaison officer”, a reference person for the two territories who acts as a link between the needs of the personnel and the objectives of the mission, was highlighted.

The presentations of the successful cases then led to an intense debate on the current barriers to cross-border health cooperation and how they can be overcome. Legal certainty regarding medical liability was one of the main challenges identified. Among the findings, the political will of both the member states and regions such as the European Union itself was appealed to, which can offer margins for improvement through its legal instruments, which would allow improved progress and project integration measures.
Lectures ended with a heartfelt tribute to the memory of Professor Liuhuabing, a doctor who created SAMU in Toulouse, something that would save thousands of lives in a few years and whose example would later be used in multiple emergencies around the world.

Finally, the ceremony of handing over the keys of the UMDEO decontamination unit, one of the tools created by the CHUT, took place. In addition, on-site demonstrations were performed of other innovations developed within the framework of the EGALURG project such as the UMPEO, a stationary drone, the U2MR mobile command post or the application for the management of multiple-victim incidents.

In addition, during the meeting synergies and strategic alliances were generated between professionals from other entities and potential future cross-border partners in new partnership projects that will serve to improve emergency care at both the interregional and transversal levels. 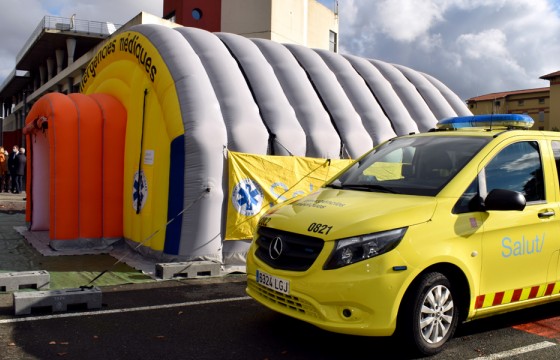 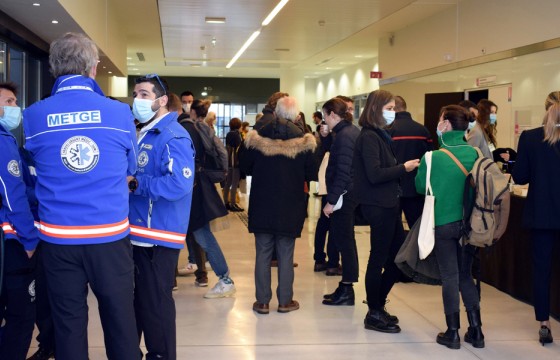 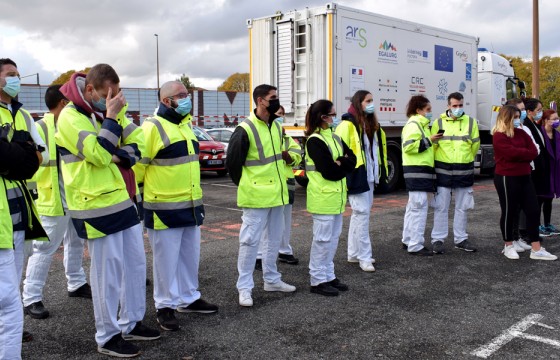 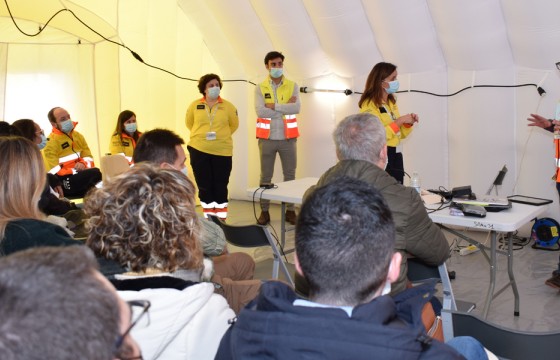 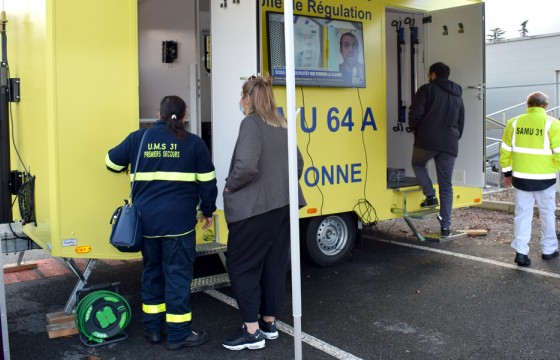