The 7th Navarre March Against Cancer, organized by the Spanish Association Against Cancer (AECC) in Navarre, will be held on September 25 and 26 while complying with COVID-19 prevention protocols and guaranteeing the safety of participants. Proceeds will benefit cancer research projects in Navarre, including two Navarrabiomed studies funded by the association.

A new feature in this year’s march is that it will be organized as an open circuit. Participants must register on the app and can then follow their own route by walking for five kilometers, running for 10 kilometers or cycling for 25 kilometers. The results are entered on the app as a record of the work done against cancer.
In addition, AECC Navarre has organized two outdoor sports activity days (Saturday, September 25, in Tudela, and Sunday, September 26, in Pamplona) to raise funds to be used exclusively for AECC-funded research projects. A spinning marathon will be held in Tudela’s Plaza Nueva and Pamplona’s Plaza de los Fueros will feature sessions on zumba, boxing, tai chi, Nordic walking and body tonic.

The AECC is organizing this March against Cancer with the support of Pamplona and Tudela town councils, and the collaboration of over twenty organizations and companies. The AECC works to increase the visibility of the reality of cancer in Spain, detect areas for improvement and implement a social transformation process that helps introduce positive changes in these areas to take a comprehensive, multidisciplinary approach to cancer. It is now the private social organization that spends the most on cancer research. It earmarks a total of €79 million for 400 projects involving the participation of more than 1,000 researchers.

Since 2017, the AECC has supported projects in which professionals from the Navarrabiomed Oncoimmunology Research Unit and the Medical Oncology Service of the Hospital Complex of Navarre participate. The center is currently working on the study “Lymphocyte subpopulations as predictive biomarkers of response to anti-PD-1/anti-PD-L1 immunotherapy in advanced non-small-cell lung carcinoma as a first line treatment,” an initiative led by oncologist and researcher Hugo Arasanz Esteban. Furthermore, the project directed by David Escors Murugarren, principal investigator and head of the Oncoimmunology Research Unit, “Effects of immunosenescence on the efficacy of anti-PD-L1/anti-PD-1 immunotherapies,” concluded in March.

The AECC is made up of patients, family members, volunteers and professionals, who work together to increase prevention, raise awareness, provide support to affected persons and help fund cancer research projects that improve cancer diagnosis and treatment. This year is the 50th anniversary of the AECC, which was founded in 1971 and organized in 52 provincial headquarters (including the one in Navarre). It is now present in more than 2,000 Spanish cities and boasts nearly 30,000 volunteers, more than 500,000 members and 1,007 professionals. In 2019, the Spanish Association Against Cancer served 318,264 people affected by the disease.

•    Registrations for the march, parallel activities and donations.
•    Website of AECC Navarre. 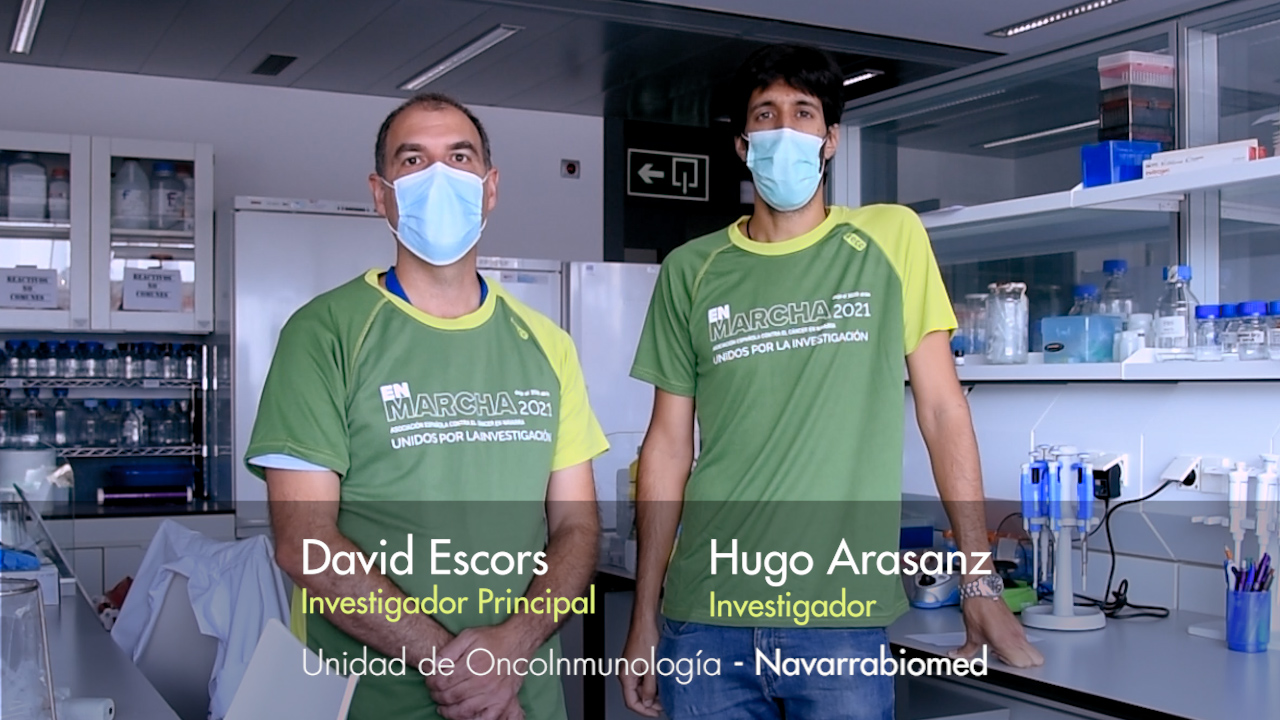