On 16 May, Navarrabiomed held a workshop on Molecular Biology, Cancer and Bioinformatics in the context of ONCONET SUDOE, a transnational European project co-financed by the INTERREG SUDOE Programme 2014-2020. The project is aimed at connecting researchers, healthcare providers, biobanks and companies, for the establishment of long-term relationships that foster innovation in oncology.

A total of 90 experts from 32 organisations participated in the event’s three sessions and two panels, focusing on the molecular basis of cancer, liquid biopsy, genomics and cancer bioinformatics.

At the event, participants discussed the results of research projects developed in the context of ONCONET SUDOE. In particular, the results of the project named ‘High-throughput technologies for the study of molecular alterations in breast, lung and pancreas cancer’, coordinated by David Guerrero from Navarrabiomed, attracted considerable interest. The latest technologies for genome ultra-sequencing for diagnosis of lung, breast and pancreatic cancer were also discussed. Participants also acknowledged the relevance of liquid biopsy, a novel, simple, non-invasive method that detects genetic and epigenetic alterations using a blood sample. They also recognised the need to find new biomarkers of notoriously aggressive tumours, like triple-negative breast cancer or pancreatic adenocarcinoma, for which no targeted therapies are currently available, or tumours that tend to be progressive, such as lung cancer.

In the afternoon, data analysis and bioinformatics took centre stage. Three elements were mentioned as key to the future of personalised medicine, namely, the generation of data by patients themselves using mobile devices and apps, thus getting them actively involved in the self-management of health and disease; the new genome sequencing technologies, important for the development of precision medicine, a field in which Navarra is a pioneer thanks to projects like NAGEN 1000 or PHARMANAGEN; and, finally, the application of natural language analysis and processing and data integration to access to the information stored in medical records.

In this regard, the analysis of huge amounts of information using big data and artificial intelligence is one of the challenges taken on by the Translational Bioinformatics Unit at Navarrabiomed. The team presented their work and coordinated the afternoon sessions.

The event was closed by a working session that took place on Friday, 17 May, attended by the team managing the project. They assessed the evolution of the activities and planned the final stage. They also discussed the fulfilment of the goals set at the beginning of the project, such as the standardised SOP or the white book on the rights of cancer patients, among others.

ONCONET SUDOE will come to completion in Toulouse this June with a closing event, having attained its primary goal, that is, to establish a permanent cross-border cooperation network to promote cancer research through the development of multicentre projects and more competitive joint initiatives.

At present, the project members are considering the possibility of planning a new stage, defining its priority goals and identifying the relevant cancer topics to be addressed. 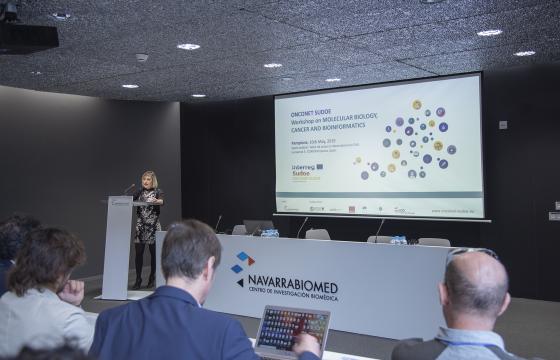 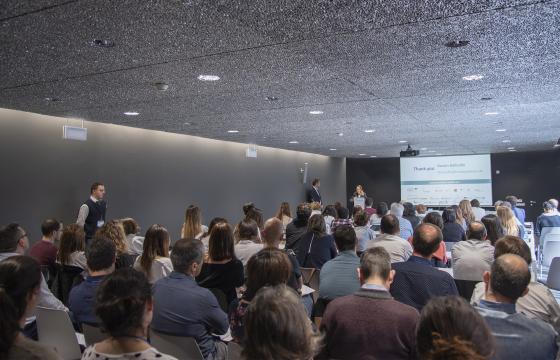 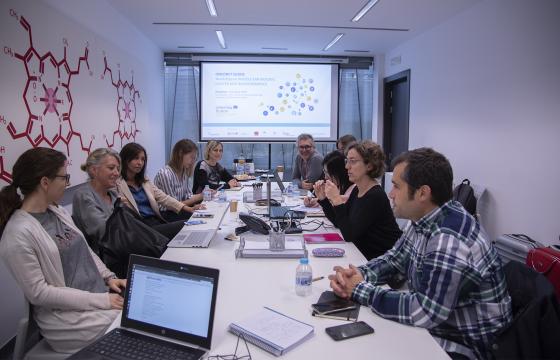