María Chivite, the President of the Government of Navarre, recognized “the good work” being done at research centers and institutes in the Region of Navarre to find alternatives that help alleviate the effects of COVID-19. She spoke in the context of a meeting she attended this morning with ten researchers in charge of their own publicly funded studies on this disease, which has caused 515 deaths in Navarre and more than 27,000 in all of Spain.

The meeting was also attended by Santos Induráin, the Minister of Health, and Juan Cruz Cigudosa, the Minister of University, Innovation and Digital Transformation, and provided a firsthand opportunity to learn about the research purpose of the projects that have received grants from the Navarre COVI+D Fund. Created by the Government of Navarre to promote research on this topic, the fund paid out €1.1 million in May to eight projects that had received a favorable assessment from the Carlos III Health Institute. The Carlos III Health Institute has also provided direct funding of €232,000 for two other Navarre research projects.

Chivite took advantage of the forum to remind the participants of the Government of Navarre’s commitment to innovation and research “as a model of economic and social development,” not just through these grants, but also by means of the R&D&i Emergency Plan, presented last week, and the Reactivate Navarre Plan / Nafarroa Suspertu 2020-2023. The Government is also committed to improving technological infrastructure and promoting supra-regional cooperation. “We want Navarre to lead the way in biomedicine because we have the talent and skills to do just that. It’s one of the strategic areas we’re working on. We have to be able to transfer knowledge and research to favor industrial and technological development,” she said, before expressing her confidence that Navarre will become “a key stop on the R&D&i map.”

Chivite confirmed that the goal of the Government of Navarre is “to keep increasing investment and setting up strong pillars for the model of growth.” Navarre will thus be prepared for future challenges of the likes of COVID-19.

Chivite informed the researchers of the public support of their research work, though “people are aware of the pressure you’re under when you’re studying this coronavirus, because of the high expectations about finding a vaccine, treatments and other aspects that could alleviate the effects of a virus that has had a major impact on our society.” She asked for respect “for the time frames, rigor and meticulousness” of the researcher’s work, and also expressed hope that this work would promote “true and instructive information” that avoids fake news and disinformation in society as a whole.

In addition to President Chivite, the meeting was attended by Rosario Martínez, the Director General for Innovation. Also attending were the researchers from the ten projects that received public funding: Luis Martínez de Morentin, Fermín Mallor Giménez, Borja Sáez Ochoa, Natalia Ramírez Huerto, Jacinto López Sagaseta, Pablo Sarobe Ugarriza, Patricia Fanlo Mateo, David Escors Murugarren, Jesús Castilla Catalán and Leyre Ruete Ibarrola, who attended in representation of Beatriz Lacruz Escalada. They were joined by the heads of the different research centers where the projects are being carried out. This group included María Rosario Luquin, the Scientific Director of  the Navarre Health Research Institute (IdiSNA), Claudio Fernández, the Director of the Lurederra Foundation, and Íñigo Lasa Uzcudun, the Director of Navarrabiomed.

The directors of the ten research projects presented their lines of research, which include the study of possible vaccines, the use of specific drugs, resource management, the development of preventive measures and products, and the analysis of incidence bearing in mind sociodemographic characteristics and other conditioning factors.

The Government of Navarre aims to promote Navarre innovation and national prominence through the COVI+D Fund grants. But the goal is also to attract scientific talent, given the fact that these grants include staff payroll expenses. 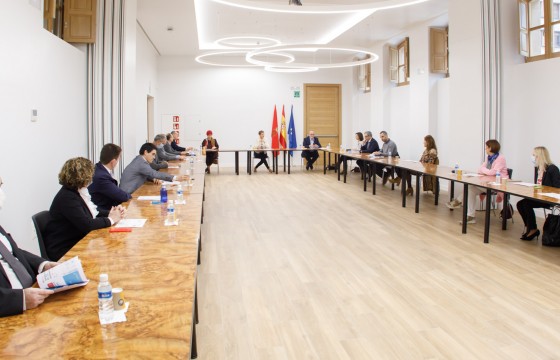 Meeting with President Chivite and research personnel working on ten different projects to fight the effects of COVID-19.
Download 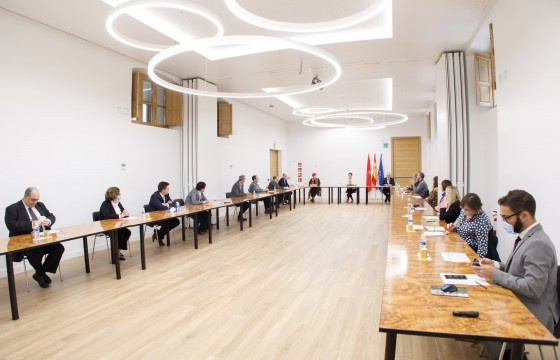 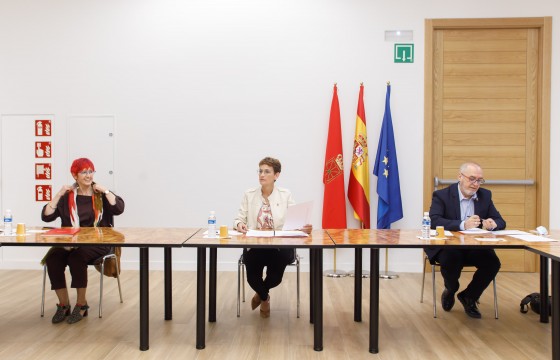 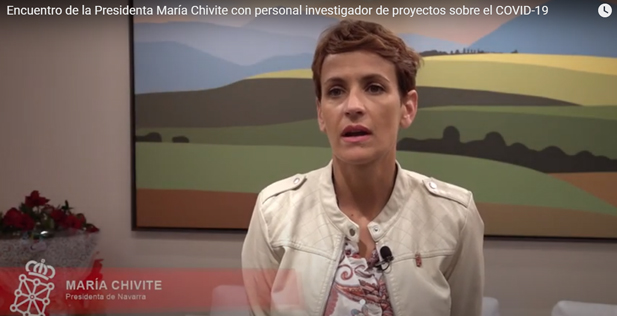