A tailored physical exercise programme implemented for the past two years and a half with 370 senior patients over 75 by the Geriatrics Unit at the Navarra Hospital Complex (CHN) has been found to produce ‘improvements in participants’ cognitive functions.’ This is the most important conclusion in the study published in medical journal PLOS Medicine by researchers at CHN, Navarrabiomed – a joint biomedical research centre of the Government of Navarra and the Public University of Navarra (UPNA) – and the Federal University of Rio Grande do Sul (UFRGS) in Brazil. According to the authors, this finding is evidence of the need to ‘change traditional hospitalisation, consisting mainly of bed rest, to acknowledge the importance of keeping functional capacity and cognitive ability active, as key components of a patient’s functional status.’

Participants in the programme were given tailored, controlled exercises for strength, balance and gait, adapted to their capabilities, even during the acute phase of their illnesses. Depending on their condition, training intensity varied from 30% to 60% of their muscle strength in arm and leg workout series. The workout routine consisted of two 20-minute sessions, in the morning and in the afternoon, five to seven days a week (including weekends and holidays), supervised by instructors specialising in physical exercise for seniors.

The programme, a version of the Vivifrail project (successfully implemented with almost 1000 people with frailty issues in seven European countries), took into account the clinical condition of individual patients. In an paper published in JAMA Internal Medicine, the Journal of the American Medical Association, in late 2018, the same team showed that, rather than worsening a patient’s condition, physical exercise ‘plays a key role in preventing frailty, avoiding the complications associated with passive hospital stay and motivating patients in their struggle against disease.’ Now, the team took one further step to study an issue that has seldom been discussed: the benefits of physical activity for the cognitive function of patients.

The study results showed that, at the time of discharge, the patients who had followed the physical exercise programme had better language and math, orientation, memory and attention, spatial and cognitive skills than those who had not done the exercises. According to the authors, this is the first study ‘to highlight the benefits of a multi-component physical exercise programme for executive functions and oral fluency in hospitalised elderly patients.’ 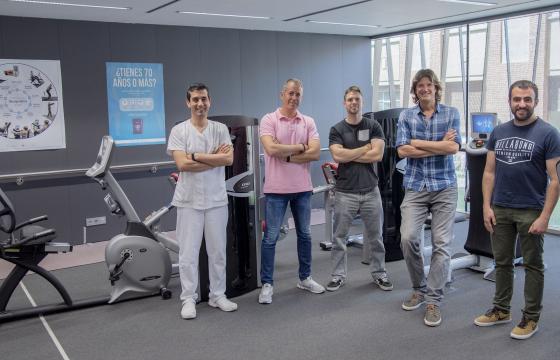