Yesterday, Francisco Arasanz, Chairman of Asociación Española Contra el Cáncer (AECC) in Navarra, delivered the funds to carry out a research project to David Escors, Head of the Immunomodulation Unit at Navarrabiomed. The project, to be developed over the next three years, will be fully funded by AECC Navarra, as a way to channel the support of the community to cancer research and to renew the association’s commitment to the battle against cancer.

At the same event, AECC Navarra announced it would continue to finance the research project led by Luis Montuenga, from Centro de Investigación Médica Aplicada (CIMA) of the University of Navarra, for the next two years.

The financed project at Navarrabiomed

Immunotherapy is a highly successful treatment for a wide range of cancer types. However, it still fails in a great number of patients. The reasons for this lack of effectiveness are still unknown.
Over the past four years, the team led by Dr Escors has contributed to the development of treatments that reverse ageing in the immune system. Thanks to the AECC funding, they will be able to study if the drugs used in this reversal are effective against cancer in combination with immunotherapy. Based on the study’s results, they will design simple blood tests to predict or suggest the best treatment for each patient.

So far this year, AECC has allocated 12 million Euro to 140 projects. Since 2011, it has given 40 million Euro to 250 projects, carried out in more than 50 research centres.
AECC funds research into the various stages of cancer and into rare tumours, prioritising coordinated teams that develop translational research, projects focusing on childhood cancer and postdoctoral fellowships. Currently, about 100 researchers have stable jobs thanks to AECC financing. 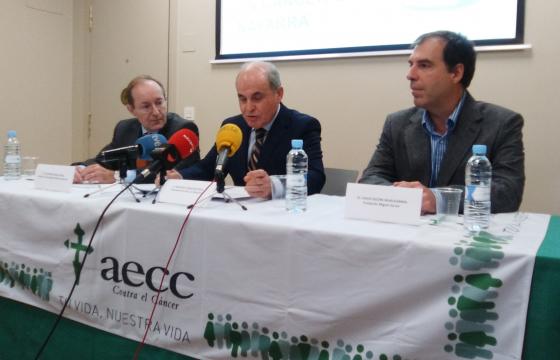