The 3D3B AVATAR Project is a multicenter strategic initiative funded by the Government of Navarre and coordinated by the Navarrabiomed Hematological Oncology Unit. Its aim is to use 3D printing techniques to create a device that mimics the human blood-brain barrier (BBB) and contributes to the development of new drugs for the treatment of Alzheimer’s disease (AD). Also participating in the project are professionals from the Navarrabiomed Biobank and Neuroepigenetics Unit, the Center for Applied Medical Research (CIMA), the Universidad Pública de Navarra (UPNA), the NAITEC Automotive and Mechatronics Technology Center of Navarre and the 3Dbide Group, which is made up of the following companies: Iruña Tecnologías, Hirudi and One Voxel.

This multicenter study is currently implementing the four project phases simultaneously, including design of a structure that represents the BBB and preparation of the technological tools required to mimic the cerebral microvasculature. This two-year initiative began in October 2020.

The brain is protected by the BBB, which restricts passage of pathogens and other external solutes. However, the BBB also represents a major hurdle to be overcome in the preclinical phase of drug development, when the drug’s effectiveness after administration to patients is tested. The scientific community is currently unable to guarantee the efficacy of a drug in the preclinical phase in persons with cognitive impairment from a disorder such as AD, because of the inability to predict the percentage of the drug that will permeate the BBB.

“The project faces the difficulty of creating a microfluidic device that replicates the blood-brain barrier at the microscopic level. The challenge is to develop vascular structures where the cells that make up the blood-brain barrier should be able to grow,” explained Natalia Ramírez Huerto, the Head of the Navarrabiomed Hematological Oncology Unit and the principal investigator of the project.

The two-year research project, which has received €1.3 million in funding from the Government of Navarre’s Ministry of Economic and Business Development, aims to create a device that mimics the BBB and can be used by any neuroscience research group to make progress in the development of drugs for treating AD and other neurodegenerative disorders, and to thus study the disease in greater detail.

Navarrabiomed, which is also in charge of scientific management and coordination of the consortium that makes up the 3D3B AVATAR Project, is working in direct collaboration with CIMA to develop the first phase of the project. The aim is to process brain tissue using clearing techniques to achieve maximum sensitivity and thus obtain sharp images of the BBB, which will be of aid when designing the device. “We’ll provide the first images and try to take them with existing microscopes and those being developed by CIMA for this project,” explained Carlos Ortiz de Solórzano, an engineer at the TECNUN School of Engineering (Universidad de Navarra, San Sebastián) and CIMA researcher.

The UPNA will process in 3D the images provided by CIMA and generate the fluid dynamics model, according to Mauro Malvè, a professor of the Theory of Structures in the Engineering Department. He continued, “Based on the design we have, we’ll create a 3D structure that provides a fluid model and simulates its behavior within the microvasculature.” The complicated part is the microscopic size of the image.

The next step is handled by NAITEC, which must generate an infill pattern based on the computational model provided by the UPNA and produce the material that will be used to make the device. Estíbaliz Armendáriz Zubillaga, the project manager at NAITEC, clarified that they would use hyaluronic acid as a bioresin “because it has been shown to work well with brain cells.” It will be used as the material for 3D printing based on the computational models provided by the UPNA.

Manufacture, the final phase, “is a highly complex job,” said Mikel Arbeloa, Managing Director of the Hirudi company. Stereolithography is the 3D printing technique used to make small structures. “But we have to push the envelope,” said Arbeloa, because the device is only 10 micra in diameter. The 3Dbide company will be in charge of setting up a machine capable of manufacturing these structures and providing the test procedures needed by researchers.

Before the consortium was officially set up and the project was launched in September 2020, the original idea of the 3D3B AVATAR Project was awarded top prize at the 2019 SciencEkaitza, the scientific competition of Navarre organized by the Government of Navarre with the aim of recognizing disruptive, groundbreaking ideas that combine excellence, feasibility and impact, or that are based on scientific-technological creativity and innovation. 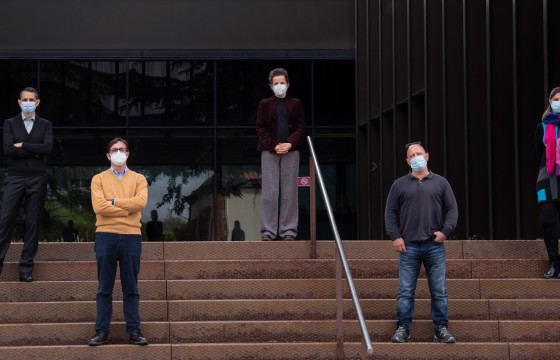 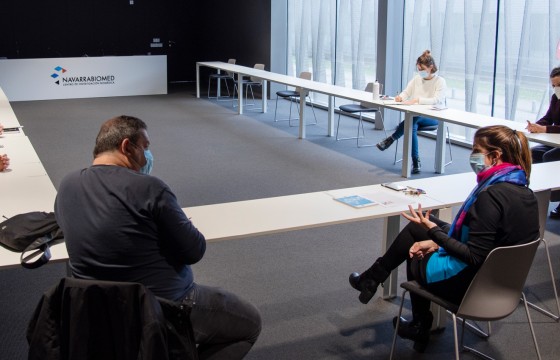